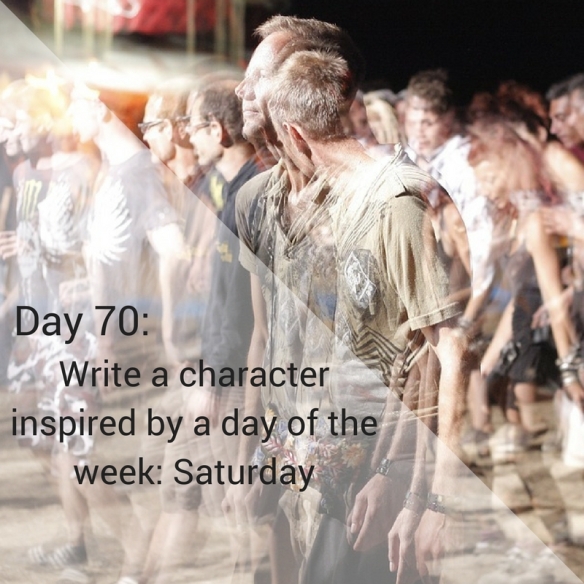 Day 70 of 365 Days of Writing Prompts: Write a character inspired by a day of the week: Saturday.

Shannon: Saturday is quite refreshing. He’s a person you can just relax with, because he doesn’t have any expectations. He’s a free bird who just wants to spend his time going with the flow. He’s the type of organizer who sets the destinations, but not the rules. Time spend with him is never wasted on anything but your own desires.

Erin: He was a free spirit. I never knew what a day like him was going to lead to. We could be talking a spontaneous road trip, we could be recouping in bed for half the day, we could be going to a party, or we could be doing something that I’m not knowledgeable about yet. He didn’t know either, because he was free from everything including hard-fast plans.

Second to last day of our week writing, Saturday!