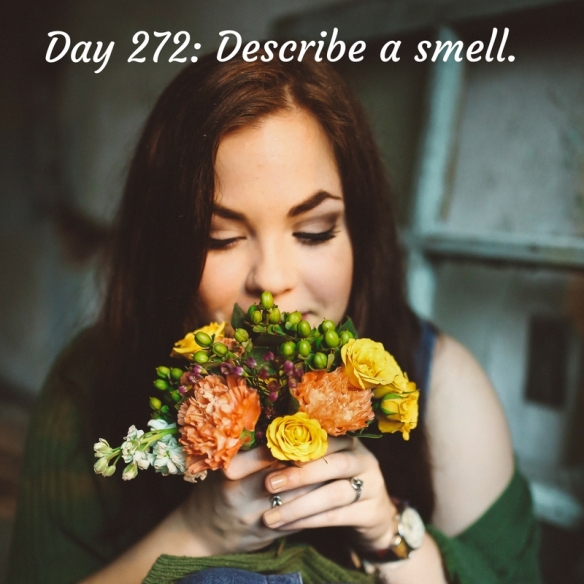 Shannon: I was following a sweet smell in the air, and I had to know which stand it was coming from. The only problem was the fair was filled with food options, and all the scents were blurring together. I just had to focus on one, that one smell, and I was sure I’d fine it.

Erin: I never knew a person could smell like home until I met him.

Can you smell that smell?