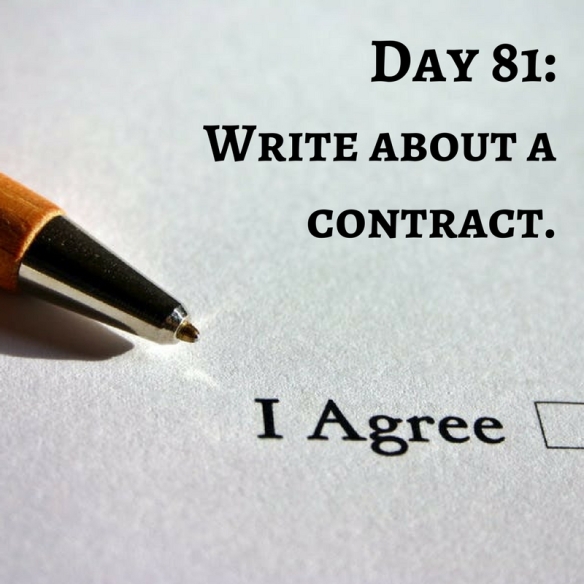 Day 81 of 365 Days of Writing Prompts: Write about a contract.

Erin: As frank’s personal chef I hereby agree to the following terms:

Shannon: In order to amend this broken friendship, I agree to the following terms under signature. Should I break this contract, the validity of my signature will be tarnished for eternity:

1. I will never again pretend my friends do not exist because I decide “I can do better”.
2. I promise to never humiliate any of my friends in public to impress jerks, or anyone for that matter.
3. I will go back to my old lunch table, but before sitting I will always asks for permission and will abide by the group vote until trust has been restored.
4. I will start hanging out with my friends outside of school again because I realize they are the coolest people I know, and I really miss them.

We promised to write every day, what did your character promise.