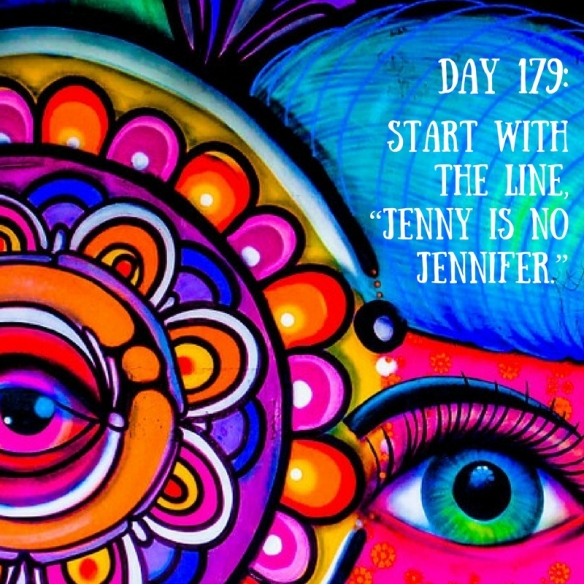 Erin: Jenny is no Jennifer. When my sister came back she insisted we start to call her the shortened version of her name. As I learned to stop slipping up with my words I realized her new friends had not only changed her name, but also her.

Shannon: “Jenny is no Jennifer.” Kaitlyn scoffed her opinion to the rest of the group as I watched her drag her pen over the candidate’s name.

I looked around to the rest of the group waiting for someone to disagree, but the room was silent.

“I’m sorry, maybe I missed something, but I have her listed in my top three. What’s wrong wit her?”

Again the group was silent as Kaitlyn let out a pity-filled sigh that she had to explain it out loud. She flashed me a fake smile before explaining as vaguely as possible. “She doesn’t have the look.” In other words she was bigger than the rest of the actresses auditioning. Not any less pretty or captivating, just a different size.

I felt my face heat up in anger at how easily they threw her away because of their bias. “I highly suggest you all reconsider. Otherwise, we need more candidates because I’m not settling for anything less than what we’ve seen from her.” The vote had to be unanimous, and I wasn’t afraid to challenge Kaitlyn’s rein.

Who are your Jen’s?