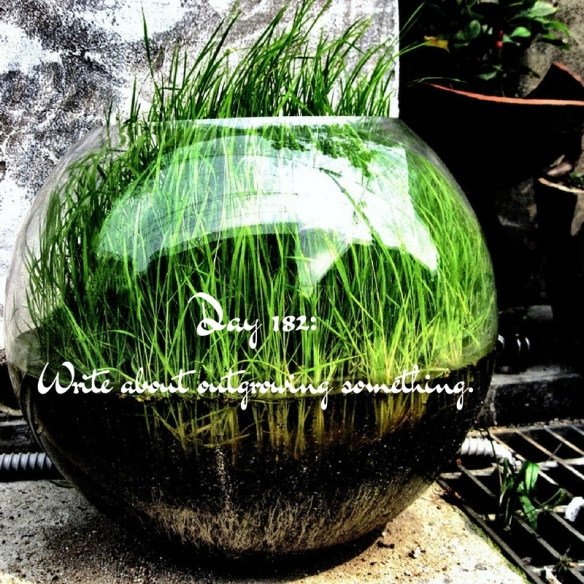 Day 182 of 365 Days of Writing Prompts: Write about outgrowing something.

Shannon: When I was little I had collection of stuffed animals that I slept with every night. They were a security blanket of some sort, and company as I traveled into my dreams alone. As I grew, more and more stuffed animals got kicked off the bed until one day I didn’t need any company from my squeezable friends. I was no longer afraid to be alone, not in my dreams and not in real world.

Erin: I literally could not stand living there anymore. I know most people who get to this point will say that their parents are driving them crazy, or they need privacy. That wasn’t it for me, I just outgrew the place. Quite literally. My body was too big for my bed. My head hit the doorways. Home was no longer a safe space for me, so I knew I needed to find my next one.

What’s being grown out of?