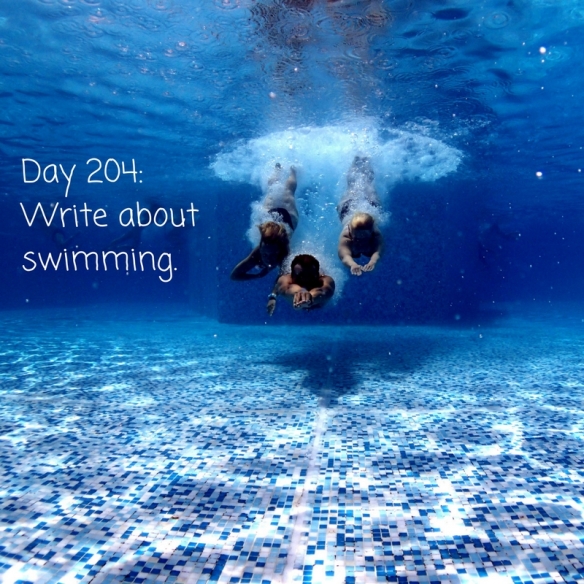 Day 204 of 365 Days of Writing Prompts: Write about swimming.

Shannon: He pulled me under the water and I attempted to slip past his side, but his arms engulfed me and drew me into him for weightless kiss. If only I could live in that moment a little longer, but I needed air. I broke his hold and kicked my way to the surface, which might as well have been a different world. I immediately wanted to go back down to him, but he’d be up soon too, and that was where I really wanted to be, in whichever world contained him.

Erin: Swimming was one of my favorite things to do. The constant sensation of the water on my skin made me fully aware of my existence at every moment. My weightlessness was freeing. The waves rocked me back and forth. When I was under the water I couldn’t think of a place I would rather be.

Put your character in the water.