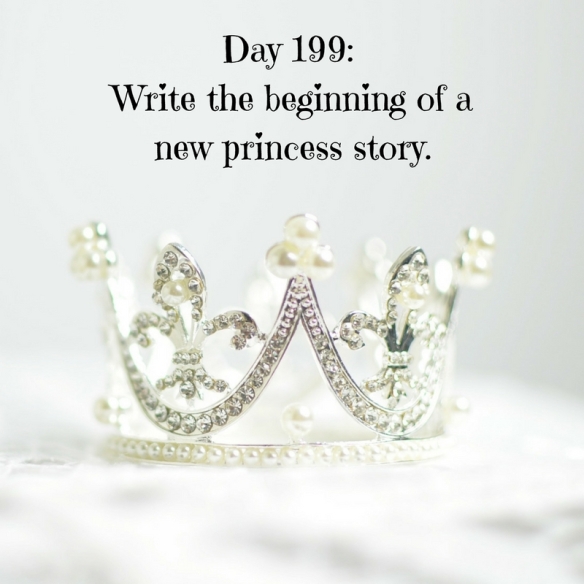 Day 199 of 365 Days of Writing Prompts: Write the beginning of a new princess story.

Erin: Everyone thinks being a princess is ball gowns and tiaras. Part of it is. That is until my mother, the queen, was given one year to live. Now my life is constantly stressing about how I will step up for our people.

Shannon: Once upon a time in a city you’ll never find on a map, there lived a group of people who were blessed with two gifts. They could fly with the wings on their backs, and turn invisible on the spot. Though they are rarely ever caught by the human eye, they do venture out from time to time, and sometimes get mistaken for angels. That was all they’d be known for until a young woman name Cora broke the divide.

Try to write your own version of a story that has been written plenty of times.